Have you ever seen a coworker who came into work with a black eye, busted lip, and or bruises that she tried to hide with foundation? Have you asked her what happened and she blamed it on the kids, a fall or some other outlandish excuse.

Your coworker might be dealing with domestic violence. It’s real friends. 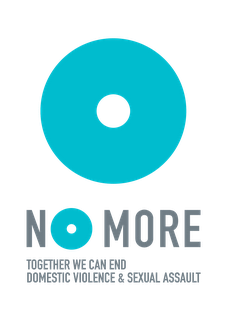 I grew up watching my aunt and uncle fight like cats and dogs every other weekend. I loved going to my aunts house she was my favorite. I loved spending time with my cousins and their friends but I never loved the after effects of the Rum and Coke. Domestic Violence is something that I’m not a stranger to and it’s happening to women (and men) every single day.

Today was my first time finding literature on domestic violence and the effects it has in the workplace. I found a great article sharing what Verizon is doing during this month that I thought would be of interest to you.

This is taken from http://domesticviolenceworkplace.blogspot.com/

In connection with National Domestic Violence Awareness Month, the Verizon Foundation has launched a new “Your Voice Counts” campaign in recognition that all Americans can play a role in ending domestic violence by promoting healthy relationships and changing attitudes that perpetuate the cycle of abuse.
The campaign is being launched in partnership with A CALL TO MEN, the Joyful Heart Foundation, and NOMORE – and it contains valuable information on how men can make a difference in their communities and speak out against domestic violence.  “Your Voice Counts” aims to mobilize men and women together in a way that has never been done before.

The campaign targets men of all ages and provides them with new tools and resources to empower them to speak out against this issue and set the example for others.  To kick off the campaign, the Verizon Foundation teamed up with well-known NFL sportscaster, James Brown, to create a powerful PSA that captures compelling stories of men and women whose lives have been deeply affected by domestic violence.

They worked with the experts at A CALL TO MEN and the Joyful Heart Foundation to create an Action Guide that outlines five simple ways we can all get involved – including suggestions for confronting abusive language, tips on talking to young people and directions for what to do if domestic violence is suspected.
I hope you will help us spread the word about “Your Voice Counts” by:
·         Viewing the PSA and Action Guide at:www.verizonfoundation.org/yourvoicecounts
·         Sharing Your Voice Counts with others by adding this info. to your e-mail signature: Your Voice Counts.  Speak up against Domestic Violence. www.verizonfoundation.org/yourvoicecounts
·         Using some of the sample tweets and Facebook updates developed for the campaign (below)
Facebook: Your Voice Counts. And when it comes to domestic violence – it could save a life. Watch and share this new video from @The Verizon Foundation. NFL Sportscaster James Brown speaks with survivors and encourages us all, especially men, to speak up and speak to someone about domestic violence. http://vz.to/OgVvyw
Twitter: #YourVoiceCounts & it could save a life http://vz.to/OgVvyw @VerizonGiving #ACALLTOMEN @TheJHF @JBSportscaster @NOMOREorg
Together, we can end the cycle of violence and abuse in our communities.
Until next time… help us get the word out and say NO MORE to domestic violence!
MUAH!