Today I will introduce something new… I am calling it Whatever Wednesday. This will be the day that I post whatever is on my mind. It could be about my family, my journey or anything in between. I hope you enjoy today’s post all about the MTA!!! 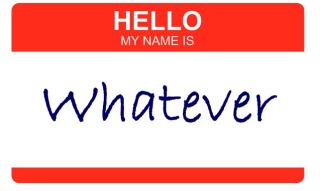 I had a ROUGH commute this morning. Something about a rail being broken and an investigation at West 4th street. I took the NJ Transit and then two city buses it was an adventure.

Over the past year or so I’ve been privileged to commute into NYC on the NJ Transit light rail system, which is very similar to the LIRR or MetroNorth. It’s expensive and sometime there are delays and issues but earlier this week I was reminded why I think riding the NJ Transit is a privilege.

I had to take the E train from 34th street and it was PAINFUL. Although most of the individuals at that stop going uptown are typically coming from the ‘comfort’ of commuter trains to the subway you would think they would be a bit more civilized but that couldn’t be further from the truth. Folks are plain ole RUDE! I blame it on the MTA system though. It’s easy to get so fed up that you don’t even care how you treat people bumping into them, stepping on toes, causing fights and the like. When you can’t even get past the turnstile to get on the platform there is a fundamental problem with the system, YET they want more money. The MTA is on my list of not so nice services in NYC.

10. Trains and buses are filthy! Between the bottles and food that’s left on the train, and the newspapers and trash left on the bus I’m fed up. What pray tell are the darn folks with orange vests doing all day? I have yet to see someone clean a bus when it reaches the depot! Nasty

9. The rodents! Why I ask? Why are there so many rats on the tracks? I know it has a lot to do with point number 10 but really? What’s up with poison or rat traps or something? Now we are being visited by sky rats (pigeons) they are now entering the station and sometimes even the train.
8. Communication – OK so I see the big yellow and orange posters that are around the stations and on the trains and even on the buses when there are services changes or notices but they are never clear! Then you have the dang on intercoms on the train platform they SUCK. When I’m on the F train I can’t hear a thing! And why, why I ask don’t all of the conductors on EVERY 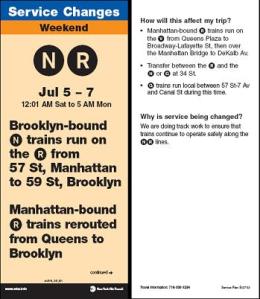 train announce the station? I mean we all don’t know what stop is next! The lady sitting next to me from Idaho trying to get to the tree lighting shouldn’t have to ask every person on the A train if she’s going in the right direction.
7. How can they increase my fare but not my space. So we have these new buses that really SUCK! There is major space in the front of the bus but there is a huge hump of some sort covering the tire so there isn’t space for seats. Then you have a few seats but no hand rails it’s so annoying!
6. Customer Service is usually pretty HORRIBLE! I take the same bus every morning to get to my train then I have to transfer to another train. Yes I take a bus and two trains to work every single day! Any who I get on the same bus see the same bus driver and she NEVER speaks when greeted. I get you might not love your job but if you are working with the public the least you can do is say hi back or you’re welcome when someone says thank you. Ugh… so annoying. Not to mention the fact that escalators and elevators at most stations are either broken down or under repair half the darn time. Then when the weather is inclement (as they say) why can’t they put more trains out or more buses on the roads. Just because there is snow on the ground doesn’t mean folks don’t have to get to work or kids to school!
5. Panhandlers so I hear the announcement that it’s against the law to give money to the homeless on the train. But here is what I’m trying to figure out… how exactly do these people manage to remain in the transit system for so long? Most of these people look like they never leave. We often see the same people asking for money on the same lines EVERY day. What’s really being done about this besides telling riders not to give them money?
4. Sick Passenger – Ok people if you are sick DON’T GET ON THE TRAIN. However if someone does become ill on a train why? why I ask does the entire grid get jacked up? I’ve been on trains when they take the train out of service because there is a sick passenger. How does that help the sick person? Why can’t the station manager come get the sick person and wait with them until EMS comes to the rescue? Why must I be late to my dentist appointment because someone got sick? I don’t get it. Am I missing something here?
3. Metro card machine. Is there an ulterior motive for the metro card machine being down on Monday morning? I mean you want us to use the machine, force us really to use the machine when to took away the token clerk from most stations. So again I have a question Why my dear MTA do you make it so difficult for us to make it to our destination  on Monday morning? The the machine won’t take cash or only takes cash and not credit or doesn’t give you an unlimited just a single ride. I don’t get it… there must be an ulterior motive for this behavior! 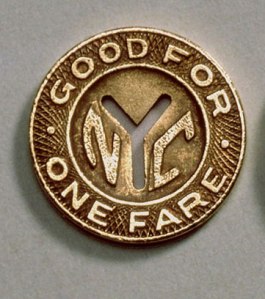 2. Fare hikes. I remember when the train and bus cost .75. We are now paying $2.25 and the service is the SAME. Where is my money going? The MTA has the ability to cripple this city and they know it. If we don’t have train and bus service many jobs will go undone but the question remains why tax the people that are keeping this city that never sleeps awake? I don’t know if I can handle another fare increase. Not sure when they’ll ask for the next one but if they do I’ll be sure to protest!

My next rant will happen next Wednesday wonder what I’ll talk about.